9 Risk Factors We Use For Fraud Prevention 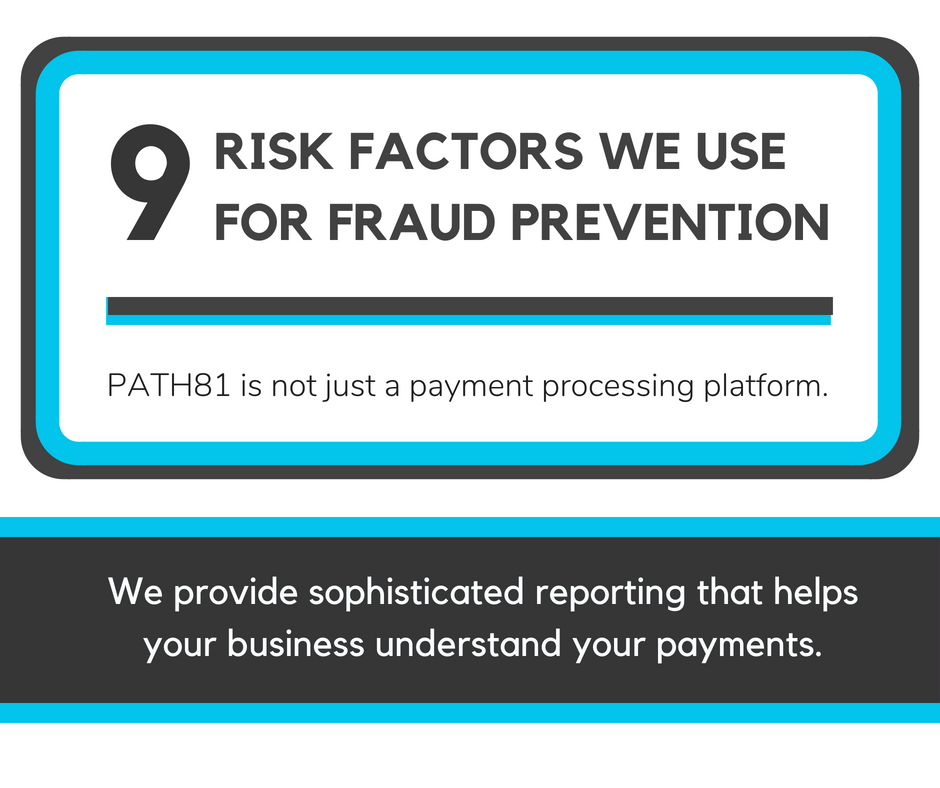 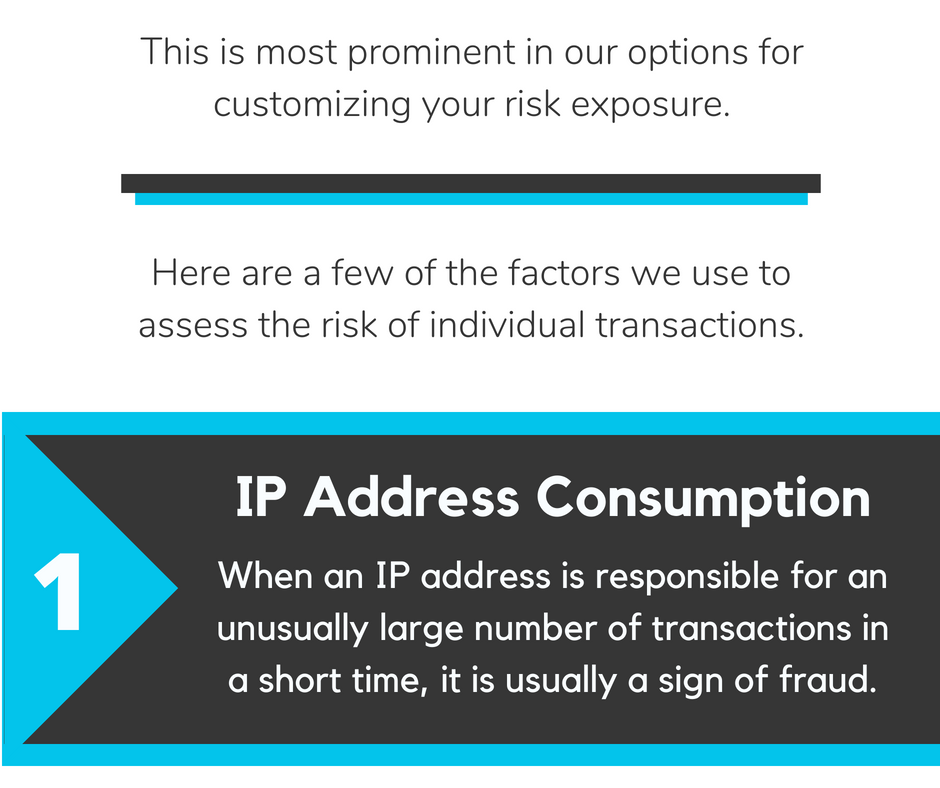 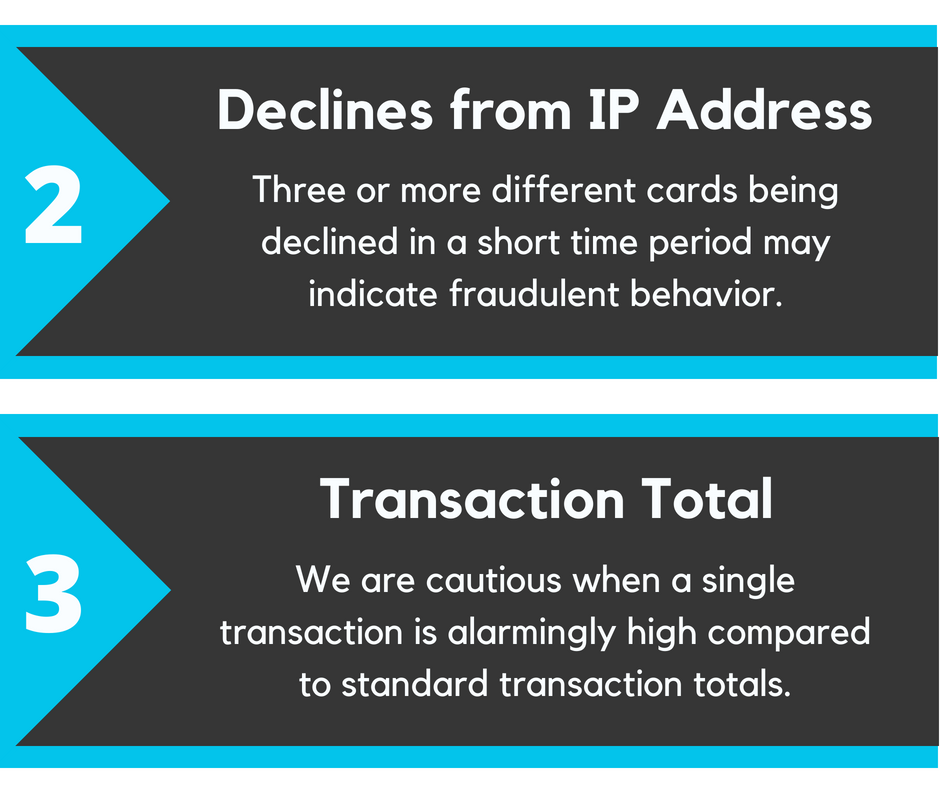 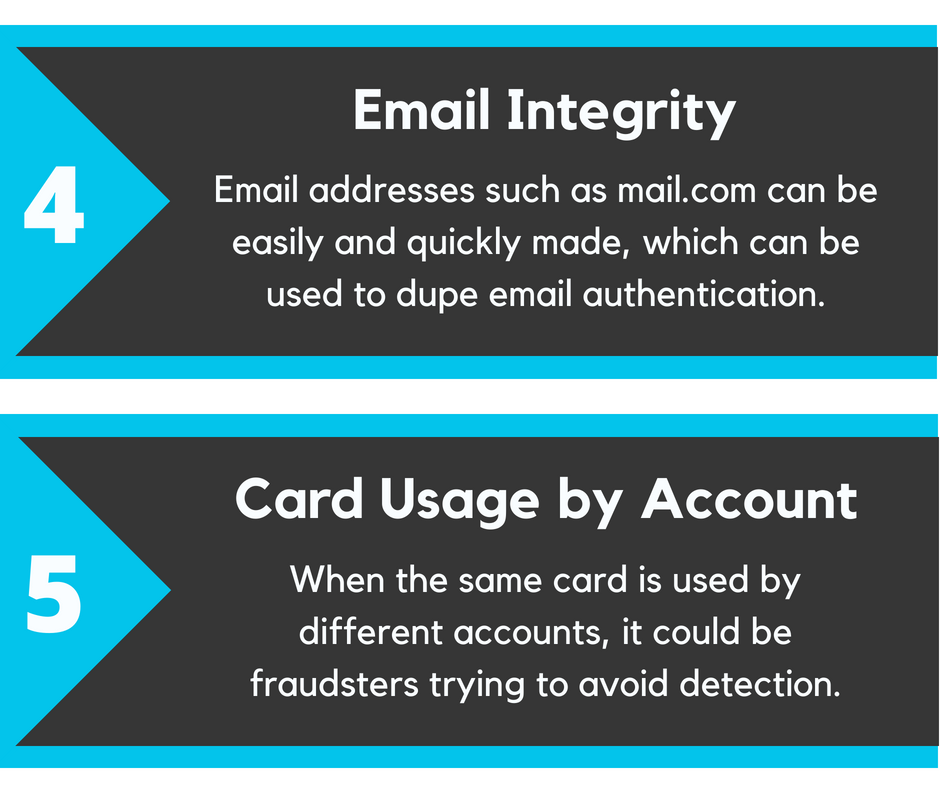 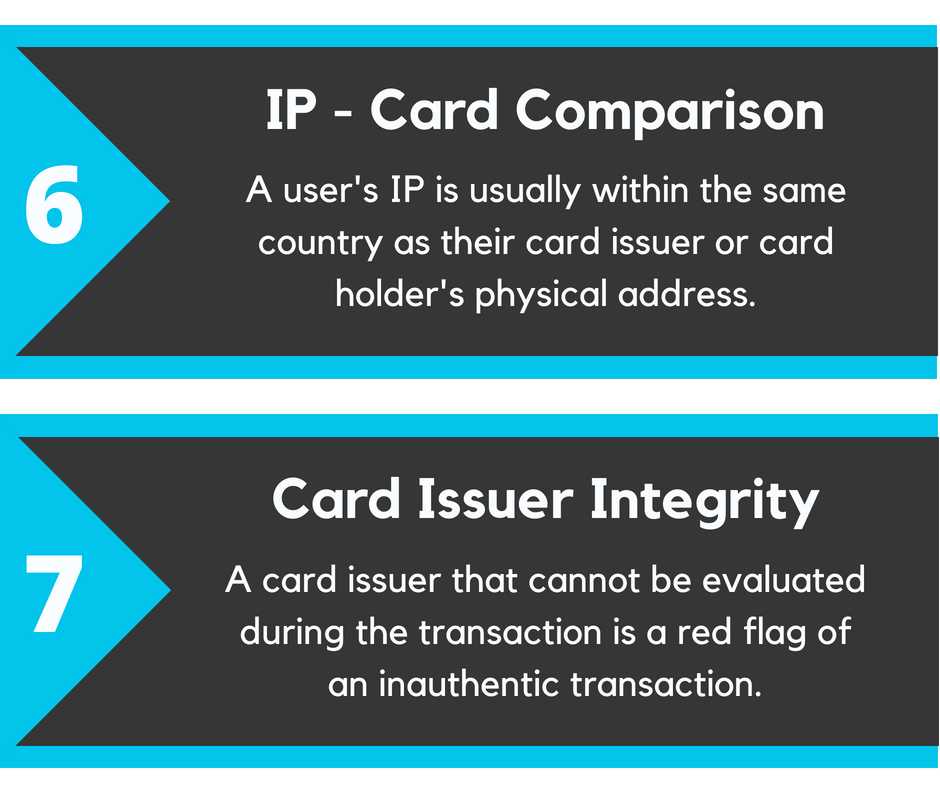 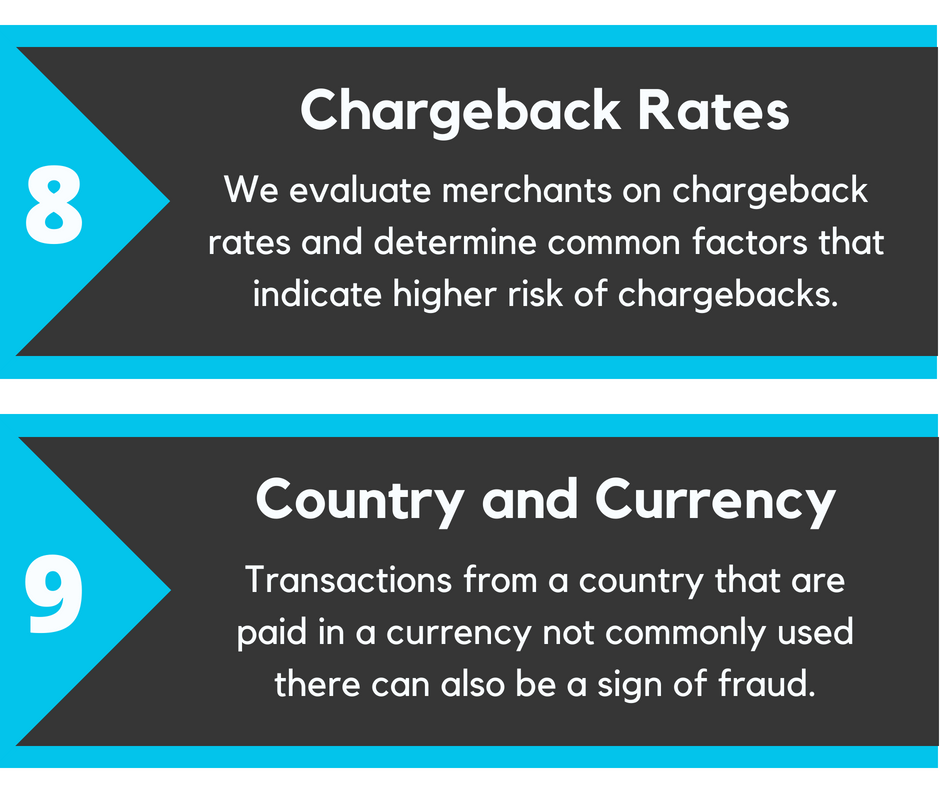 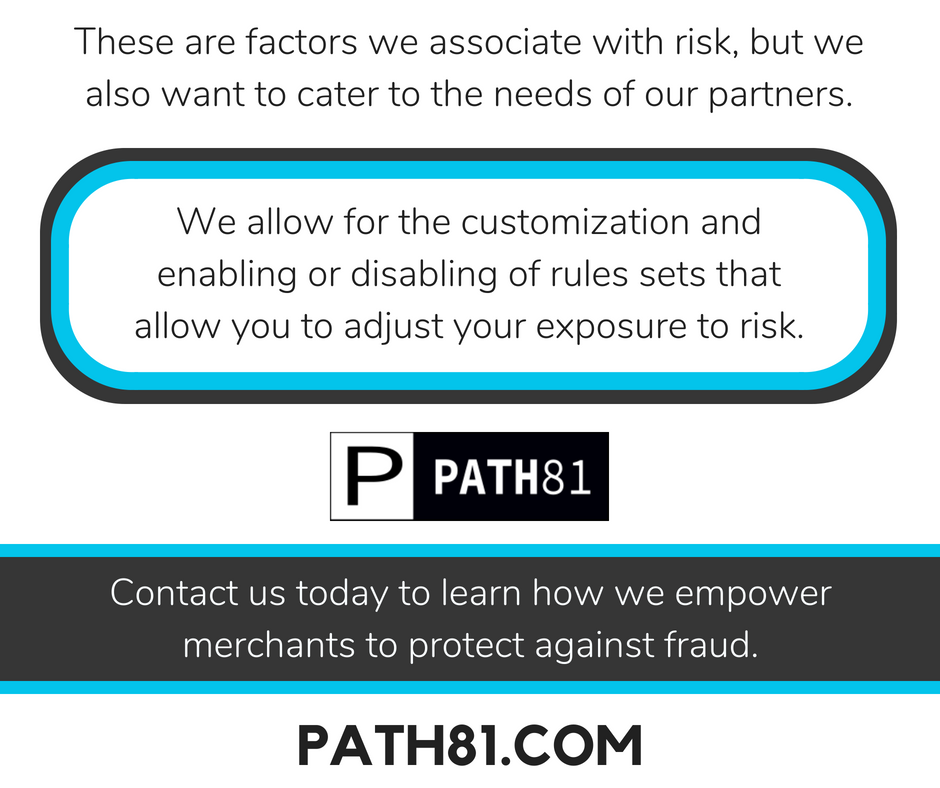 Detecting Fraud, Before It Happens

When considering potential payment partners, the strongest consideration in today’s world is fighting against fraud. Though it is true that the systems for detecting fraudulent transactions ex post facto are as sophisticated as they ever have been, it is not enough to simply react to fraud.

We’ve discussed before what trends to expect in the future of fraud, but we have yet to explain how PATH81 detects a potentially fraudulent transaction in real time. It’s simple: we offer merchants the ability to enable rules set that limit their exposure to risk. These rules set are also fully customizable, so depending on your industry or individual business practices, you can adjust your anti-fraud measures based on risk tolerance.

PATH81 calculates the potential risk of fraud based on dozens of rules sets and factors of a given transaction. Here are nine major factors that we analyze for suspicious activity

One aspect of transaction velocity is known as IP Address Consumption. When a single IP address is responsible for a large number of transactions in a short amount of time, even if they are individually quite low in total transaction cost, it is a clear sign that something is amiss.

Depending on the industry, customers will usually buy online from the same retailer once every few weeks, with sporadic purchase sprees occurring very rarely.

We take notice when a card is declined, as the reasons for a card being declined can range from accidentally using a debit card for a bank account with insufficient funds, to a fraudster using a stolen card that has been cancelled. The difference between the former and the latter is that an honest customer is usually able to correct their mistake and use a functional card.

Thieves with stolen cards and other fraudsters will attempt to use a variety of cards that may be declined. One or two declines can be incidental, but when a third, unique card is declined from the same IP address, the likelihood of it being innocent is low.

As a merchant, you are probably not opposed to large transactions. However, outsized transactions should give you pause, especially if it includes a large number of individual items not in bulk. If your typical transaction total is $10 and shipping, an order for $4000 may strike you as odd.

There are certainly customers who may want to place inordinately sized orders, but there is a greater chance that someone with a stolen credit card or billing information is trying to charge an unwitting participant before they cancel their lost card.

Most ecommerce websites utilize email authentication to ensure their customers are legitimate and not attempting to create dummy accounts for illegitimate purposes. However, as a merchant you should be concerned when a transaction, especially a sizable one, is made with an account with a typical “burner email.”

A vast majority of customers are comfortable giving their email when signing up for a website, even giving an old email if necessary. An email address from “mail.com” or similar domains, however, can be created quite quickly and without two-factor authentication. That could indicate a transaction is being made by someone deliberately trying to circumvent your email authentication protocol

Your customers are very unlikely to create more than one account on your website, save for some types of subscription services. If more than one or two accounts have the same payment information, we consider it a major red flag.

If this is in conjunction with other factors, it is almost certainly a sign of fraud, particularly if the card is declined outright.

The IP address of a user will usually match the country of the card’s billing address or issuer. It is not often that customers will shop online, especially a large order, while outside of their home country on a public device.

Fraudsters located in foreign countries may also attempt to disguise their IP address to prevent tracking, but doing so will not circumvent this particular rules set, as their IP address will almost certainly still be a different country than the card holder.

Sometimes a fraudster will use inauthentic credit cards or dummy issuers to fake an authentication certificate and avoid an otherwise certain decline. That is why PATH81 carefully evaluates all card issuers cited during a transaction.

In addition, one of the general principles of preventing fraud is having a robust system of recognizing suspicious payment methods. Card issuers are one of the key players in authorizing a transaction, and not being able to authenticate an issuer will fail the transaction.

Depending on your business, you may experience a higher than average chargeback rate. We are proud to state that none of PATH81’s partners have ever had a chargeback rate higher than 1% at any time. We also continuously analyze and evaluate refund/return %'s and which customers are most responsible for these.

Part of that is ensuring that as chargeback rates rise, we can run an analysis on commonalities between chargebacks and determine what factors are the best predictors of a chargeback, and incorporate this into your risk assessment for future transactions.

Though it’s not indicative of suspicious activity on its own, transactions that are made with currencies foreign to the country associated with an IP address can sometimes be a reason for alarm.

If a payment is being made using the Australian dollar while the IP address is in New Mexico, this can indicate that the transaction has an above average risk.

Protect Your Business From Fraud and Loss

PATH81 prioritizes security in every aspect of our payment platform. We know that it is only in the confidence of our partners that our reputation relies on – which is why we are proud to share our success and what factors we utilize to mitigate the risk of your ecommerce transactions.

You can find out more about our unified ecommerce platform and what we can offer your business, by contacting PATH81 to learn how to get started with PATH81.